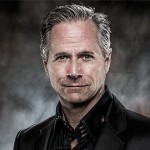 Denis Lauzon is an award winning commercial advertising and fashion photographer and director. With a 30 year career and background that encapsulates the ability to conceive, photograph, create, and manage the production of independent and high-profile projects with a sense of purpose and a record of achievement. As a renaissance professional he continues to push the envelope of creativity while meeting the demands of an effective workflow and people-management.
Whether working on proposals, negotiating with vendors, consulting clients, or traveling cross-country to produce major catalogs or advertising campaigns, Denis has the ability to work in the present and anticipate what’s ahead to continuously ensures that deadlines are met on time and within budget with superior results.

When it came time to choose a studio and production company to produce our Interviews, we were delighted to work with Denis Lauzon. From the first conversation about our idea, Denis came up with a concept and solutions to make it look better, and within our budget. Highly recommended if you want your production to […]
Kevin Preston -EO Entrepreneur Organization
Denis has taught me so much. They are so few real professional photographer in this world, and Denis is an expert. Believe me, as an art director working with an experienced professional makes a world of difference. Worth every penny if you want your brand to stand out. He is one of the best!
Catherine Steinborn -Creative Director
Over the last eighteen months our sales have increased three fold since the launch of our new web site. We have to say it has made us delighted we chose Lauzon Productions for our video commercials.
MIKE HAMMOND

Denis Lauzon has built a 30-year career in advertising, still photography and video production. As the owner of Denislauzon.com, a full service production house in Miami and the West Coast of Florida, he has built a production and rental facility designed to accommodate the needs of professionals and their crews. 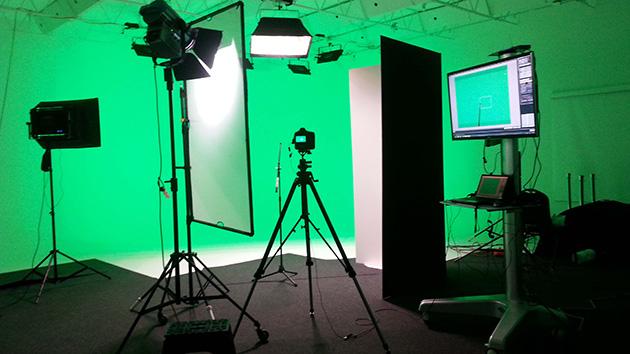 Lauzon has taken the necessary steps to limit his time on a ladder. He keeps three Zylight IS3c LED large panel lights mounted on the lighting grid, two of which are used to color the cyc. Lauzon uses the Zylight Remote to wirelessly adjust the color and intensity of the IS3c lights on the grid. (The lights can also be controlled via DMX through XLR connectors.)

All Zylight lighting instruments feature Zylink wireless technology, which allows remote control of all functions, including color hue and saturation, color temperature, and brightness. Plus, Zylights that are linked together adjust simultaneously for uniform results.

Recently, Lauzon was approached by a client who wanted to match the background to precise logo colors, which Lauzon was able to accomplish quickly without gels or filters. During a music video shoot, Lauzon used the Zylight Remote to dynamically change the background color of the cyc during the recording artist’s performance. “The whole wall was lit and changing color,” Lauzon explained. “It looked great.”

Despite pre-planning, performers can cause problems with chromakey by the choice of color. Lauzon has programmed two memory presets on the IS3c lights – blue and greenscreen – so it is easy to accommodate last minute changes. “Wardrobe and hair color dictate chromakey,” Lauzon explained. “To fix the issue, we press the button. There’s no repainting backdrops.”

Now, the only time Lauzon has to get on the ladder is to adjust his IS3cs is to flip the instruments for lens flare effects in music videos. The IS3c’s advanced color mixing system provides rich, accurate color rendition, while its 90-degree spread makes it an ideal soft light for widescreen shots.

Lauzon Productions owns 3 IS3c lights with soft boxes, available for rental, plus three F8 LED Fresnels (two daylight balanced and one tungsten) and one Z90 compact LED light. Lauzon said the F8-D LED is great on location, and he has been impressed with the portability and power, which collapses to less than for inches thick for easy transport. “There’s no other Fresnel like that,” Lauzon said. “The industry is definitely changing toward LEDs. There are other brands out there, but Zylight has the best features we were looking for in one package.”

We can handle all aspects of your video and photography needs.

Give us a call to discuss your idea and we will find a solution for you to make your next project a success!